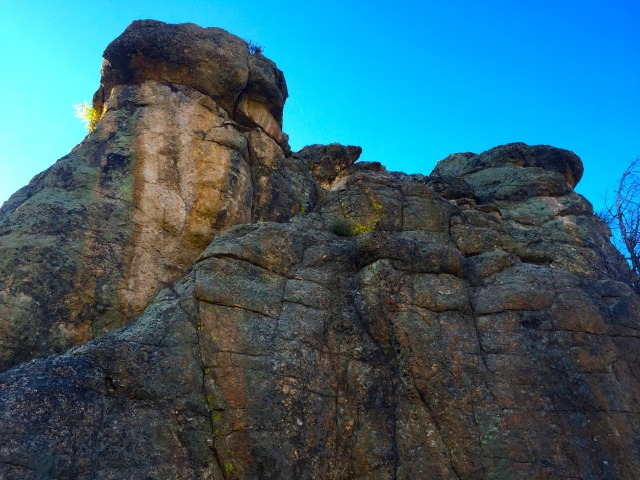 It’s weird to say this, but I’m surrendering to this war I’ve been fighting in my body.  I’ve mentioned briefly here and there about my symptoms and never ending trips to the doctor’s and laboratories, unless we’ve personally chatted, then I’ve probably ranted your ear off (sorry ’bout that…).  I’ve had viles of blood taken, physical examinations, EKGs, salivary tests and I’ve had to pee in a freaking jug for 24 HOURS.  TMI?  Nah.  Welcome to my personal hell these past few months.  What is worst of all however, is that I am still undiagnosed and the medical system has left me on my own again.  So here I am.  Left to keep on fightin’ until I don’t have fight left in me–and well, that day came this morning…

I have recently been pretty open about my past struggles with eating disorders, but here’s the thing, it’s never really in the past.  Sure some days, even some weeks, I can go on happy as a clam without constantly worrying about food or being fat or trying to keep my eating disorder demon at bay.  I feel recovered and alive and actually semi-normal for once.  But then, I get smacking in the face with the reality that is the mental illness side of an eating disorder… because it never really leaves.  At least, I’ve tried.  The best I can do is keep it at bay in a small dark crevasse of my mind, and it works.  But some days, some weeks, it’s a war inside me lead by the escape artist that is my disorder.  Escaped from that safe place in my mind, it’s left to fill my mind and body with old ideas and ways.  I’m left with this internal, silent fight for my life to ignore these thoughts and suggestions and not act on them.  It’s draining and takes a serious toll.

So why am I bringing this up again?  Because what ever has been ailing my body has surfaced its symptoms to the outside, in the form of terrible acne and quite a few pounds on my body… Shallow as it may sound, but looking in a mirror and having to look at someone who is not even me anymore every day?  It’s pretty depressing and that depression tends to unleash the nagging thoughts of my eating disorder again.  So I began to hate my body even more for being sick and began to hate the medical system for calling me “normal” and so I had put up a fight.  I fought harder in the gym.  I fought harder to cleanse my face.  I fought harder to clean up my diet.  I fought harder to capture my disorder before  it was too late.  I waged wars only to be left more drained and more defeated than ever.

With every day I hated the current me more and longed for the leaner, healthier, happier me of last summer.  This morning, I woke up after one of my lowest days yesterday and decided to zen out with the sunrise with some yoga and mediation.  This hasn’t been the first time I’ve done this.  Trust me, at this point I’ve  pretty much done everything to try and “heal” myself.  This time though, I stumbled upon a thought, “maybe I was trying too hard…”  It’s not a secret.  I have an addictive, stubborn personality.  When I have my mind on something, it’s non-stop, all or nothing, fully committed heart in the matter.  You’re probably thinking, “No sh*t Sherlock! Of course, you’re not getting better!” and I agree with you.  This has taken some time to build up to this point and this realization.

This realization that last summer, I came from a place of self-love and care and patience.  My body and mind were at peace and relaxed versus the war zone it’s in currently.  Today, I have been trying to just let things be.  Yeah my body is still sucky, but it takes time to heal and I have to let it be.  Being impatient and demanding doesn’t help.  I’m trying to get back to that place of self-love that I once found.  I’m trying not to stress about it.  Even this practice will take time.  I’m not gonna change over night.  I’m not gonna wake up with answers to what’s wrong with my body or clear skin or 20 pounds leaner, but I will wake up with loving and healing vibes.  That is something I can make happen.

What are your thoughts? Cancel reply

Personal Trainer | USA Weightlifting Coach | Nutrition Emily is the creator of Moving Mountains Wellness, a brand and website about moving well and eating well to live well. Emily is also a personal trainer and fitness entrepreneur. Emily dabbles in the world of nutrition and creating in the kitchen as well. She obtained her minor in nutrition from Colorado State University, the institute where Dr. Loren Cordain, founder of "the Paleo movement," taught and conducted research. 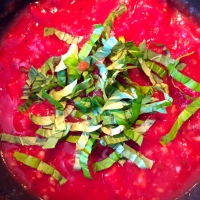 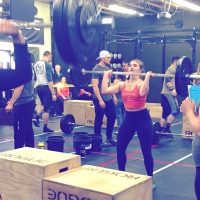 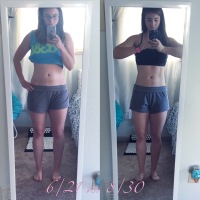 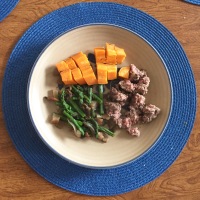